Decided to fix the front bumper on the Summerhouse this morning, but before I could even think about it, it got accidentally bumped and the whole thing came unglued. Now there was a chip in it too...Got out the glue and glued the pieces back on 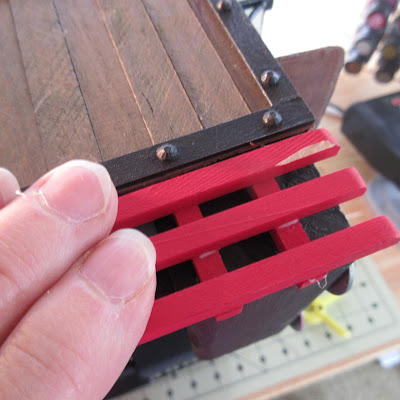 and then found some red paint in my new paint stash that happened to match exactly! 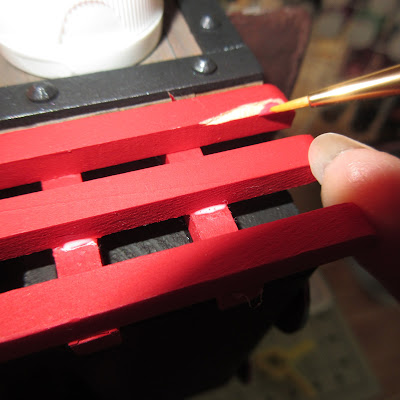 I love when that happens!As it was sitting on one end, I noticed two bare spots on the underside of the house. 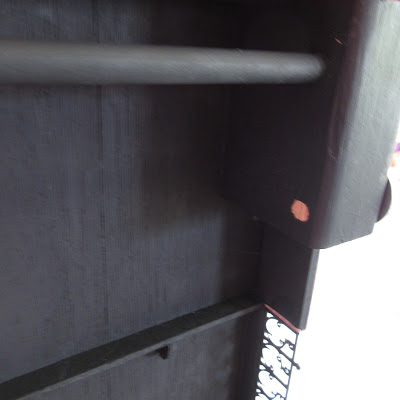 After puzzling over that for a little while, it came to me...it's missing an axle! I found a piece of dowel in my wood drawer that is just the right size... 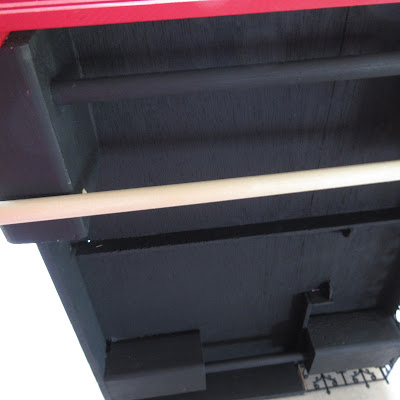 now I just need the Big Guy to drill a hole through the dinette so I can reach the outlet to plug in my chop saw. Since he's an essential guy, he's been at work every day and comes home pretty tired. I'll see if I can hit him up this weekend to drill me some big holes! I didn't feel like painting so pulled out a package of charms I found at Walmart. 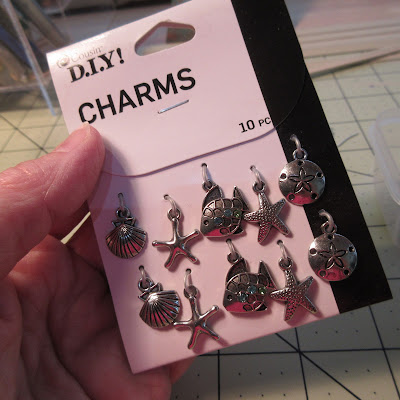 I've made earrings out of a lot of these so pulled out my needle nose pliers and made some earrings, repaired some old ones 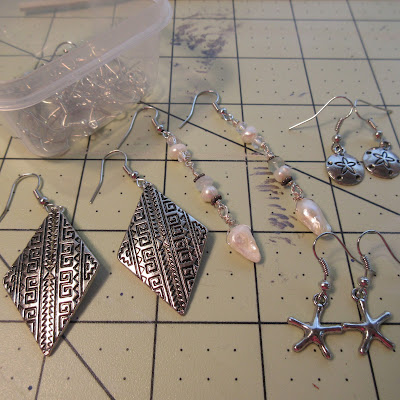 and put three charms on a bracelet that my daughter gave me awhile back. 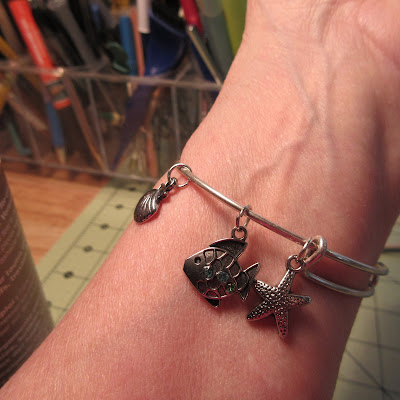 One of my granddaughters has been waiting for me to fix a necklace for her too, so also got that done. 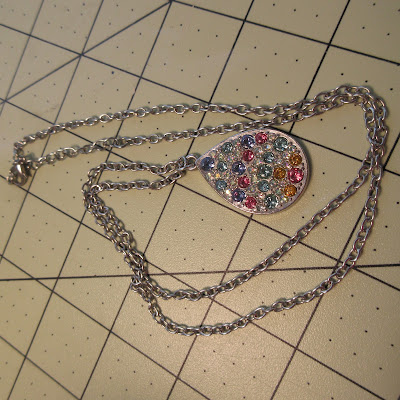 I was going to go back and put some wallpaper up in the Summerhouse but the glue on the front bumper wasn't dry yet and I knocked it loose again. Dang! "Just glue it and leave it alone Debra!" That was Mr. Skellie hollering at me from his drawer. Ever since he bought a big screen TV, he doesn't come out for anything and he wants me to stay 6 feet away from him! I told him to quit listening to the news and come out and have some fun. Maybe I'll have to shut off the internet....Thank-you for stopping by!
Posted by Dollhouselady's Blog at 4:53 PM

The minions just love standing around on my bench watching me work.  However, they are often ducking random paintbrushes and sharp objects. ... 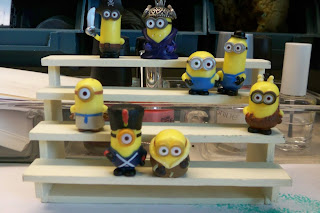